The New Year is fast approaching and it’s time to slay the New Year’s resolutions. We could just not make any and therefore we keep from breaking them because, invariably, they get broken before the end of January. A better idea would be to make some we actually want to keep. What’s the origin behind New Year’s resolutions, anyway? Funny you should ask. They’ve been around for over 4000 years.

Ancient Babylonians made promises to their Gods at the beginning of their year, in the spring, to repay debts or return objects they had borrowed. Angering a God by breaking their promises meant they would have unfortunate things happen to them in the following twelve months. So, they were more inclined to keep their promises; for then, the Gods would look favorably upon them.

Ancient Romans kept up the tradition, but they prayed to Janus, the two-faced God of beginnings and endings. He looked back to the previous year and forward to the new year. No decisions were made without his blessing. The month of January was named after Janus.

During medieval times, knights would take the “peacock vow” at the end of the year. This oath was a promise made to keep up their chivalric ways during the coming year. This was also when Christians would reflect on the mistakes they had made throughout the year and would resolve to not have a recurrence in the new year.

Judaism has a similar belief starting with their new year from Rosh Hashanah in September to Yom Kippur in October. Jewish people will reflect on the mistakes of the previous year and seek forgiveness for them as well as make atonements. Usually promises are also made to become a better person.

Hindu Enlightenment for The New Year

Rather than focusing on all the bad things we have done and making ourselves miserable trying to lose those last ten pounds, it might be easier to take an example from the Hindus and seek enlightenment. Hindu Yamas are very old resolutions that Hindus affirm for themselves.

We are asked not to harm others, in word, thought or deed, even if they are mean-spirited or rude, or otherwise annoy us. Ahimsa asks us to let things pass around us and recognize and respect the Divine in everyone, even the ones we think deserve a certain digit.

Not ever telling a lie again may be difficult, but it is the essence of this Yama. Being truthful about everything may hurt, but if served with a dose of kindness, can be more palatable. Courtesy and compassion can go a long way to ease the ugliness and starkness of truth. Sometimes they manifest themselves in silence.

This can be expanded on, so let’s generalize a bit and say ‘do not take what is not given’. For this, it is expectations of compliments for things we have done for others. Doing for others should be for the sake of doing, allowing the accomplishment thereof to be our own reward. We have come to expect kudos and thank you’s as well as compliments for the smallest of efforts. Let us do more, expect less, instead.

Brahmacharya – Dedication to both secular and spiritual knowledge

This was originally for a stage of youthful knowledge-seeking and celibacy, however the self-restraint that is required can be brought into the rest of life. Use that self-control in our dealings with the many distractions of our daily lives, be they physical, emotional or mental. Letting our thoughts pass through and not control our ability to be present through mindfulness and meditation has to be a top priority.

In our age of consumerism, learning to let go of our stuff and our need for more stuff, is not only relevant, but freeing. The less stuff we have, the freer we are to be ourselves, to learn, to travel, to just be. In the words of Mahatma Gandhi “I live simply, so others may simply live.”

These can be our New Year resolutions. And not just for this year, but every year thereafter.

All our New Year resolutions revolve around bettering ourselves. “I am going to lose 10, 20, 30 pounds”, “I am quitting smoking, alcohol, chocolate.” The list goes on. But it is just about physical attributes and desires. The ubiquitous “I”. These are extremely selfish, when you really look at them. Also, we set ourselves up for failure. Our inner self, our ego, cannot handle the pressure we exert on ourselves to get these promises done.

Yogic tradition has a concept called sankalpa – intention, a short statement of intent made in the exact same wording each time it is uttered. Sankalpa, in Sanskrit, means resolution or affirmation. It is stronger than an intention: It is a resolve to do something. An intention just says we want this to happen in the future. By stating the sankalpa, we are affirming in the present that we are working to make this happen.

If we turned our resolutions as something toward others, trying to make the world a better place and wishing and working towards the betterment of humankind, accumulated bad karma is destroyed and you gradually start shifting to the universal we, the egoless self as part of the universe. By resolving to help out in our neighborhood or community, even in just your little corner of the world, we help the shift from ourselves to the universe.

This is how we become at peace with New Year resolutions – don’t make any. Instead, seek enlightenment within. Stop making promises we cannot keep and over-exerting ourselves for money or love. The answers we seek are within ourselves. By changing our focus from ourselves to the world and all humankind, we become better persons. Isn’t that the idea of having a New Year resolution in the first place? 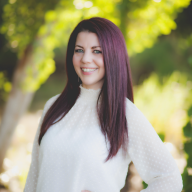 From Slayin’ Princess to Bad-Ass Queen, 10 Steps to Up Your Game

From Slayin’ Princess to Bad-Ass Queen, 10 Steps to Up Your Game

Improve Workplace Productivity with these 7 Crystals

Yoga Pants As Everyday Wear Diminishing The Sacredness of Om?